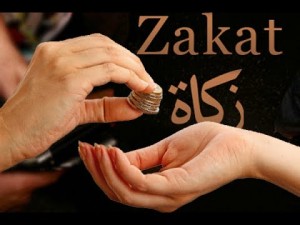 Zakat is a beautiful concept and that is one of the five pillars of Islam. In terms of meaning, the word Zakat is derived from Arabic word ‘Zakah’ which means “purification” and “growth”. However, if anyone look for the actual definition of Zakat in light of Islamic teachings then it is defined as an obligatory tax act for every Muslim with his wealth in which he/she has to give a calculated amount of his/her wealth to people who deserve help or people who are in severe need of finance; that has been described by the teachings of Holy Quran and hadith.

In the Quran, Allah Almighty has mentioned about 70 times and commanded that Salah and Zakat co-exist. Both Salah and Zakat are different forms of worships in Islam. Namaz has to be done physically while the Zakat refers to the financial help of needy people. Those Muslims who know that they are eligible for giving Zakat and they practice it Allah SWT has promised great rewards, but those who show neglect they will have to suffer which can be in any term. In the case of Zakat, Instructions have been provided about the people on whom the practice of this duty has been made mandatory.

Numerous different categories of charity are defined in Islam, the two most important being zakat (obligatory charity) and Sadaqa (voluntary charity). Zakat is a specific, 2.5% of the wealth that has been kept for the period of 1 year. Sadaqa can be given to anyone in many forms including a smile, wise advice, or helping to build a home or masjid. There are certain rewards from Allah SWT out of which some of them we have tried to explain below.

The Prophet Mohammad ﷺ said: “The believer’s shade on the Day of Judgment will be his charity.” (Al-Tirmidhi).

On the day when no one will be there to be the shade, Allah will shelter those who give charity and care for the poor under his shade. The Muslim’s sacrifice in his life will be their shield on the Day of Judgment.

By sacrificing part of one’s wealth and giving it to charity, a person is guaranteeing protection for themselves from any catastrophe or any misfortune.

The Prophet Mohammad ﷺ said: “Give charity without delay, for it stands in the way of calamity.” (Al-Tirmidhi)

It is considered that it’s better to give charity than receive it. One should be aware of repeatedly imploring and taking from Sadaqa and zakat funds. Those who resist from taking these funds (so that more will be left for the other needy) will be provided served by Allah and be made self-sufficient by Him In-Sha-Allah.

The messenger of Allah Mohammad ﷺ said: “The upper hand is better than the lower hand (he who gives is better than him who takes). One should start giving first to his dependents. And the best object of charity is that which is given by a wealthy person (from the money left after his expenses). And whoever abstains from asking others for some financial help, Allah will give him and save him from asking others, Allah will make him self-sufficient.” (Al-Bukhari)

Relieving a person in debt is charity At another occasion, Prophet Mohammad ﷺ said: “If anyone would like Allah to save him from the hardships of the Day of Resurrection, he should give more time to his debtor who is short of money, or remit his debt altogether.” (Muslim)

It is acceptable to give one’s charity to those in need in one’s own family.

Prophet Mohammad ﷺ said: “To give something to a poor man brings one reward while giving the same to a needy relation brings two: one for charity and the other for respecting the family ties.” (Al-Tirmidhi)

Cheapumrahpackages.org is one of the authorized Hajj and Umrah travel agent based in UK offers a range of Cheap Umrah 2018 Packages from UK.