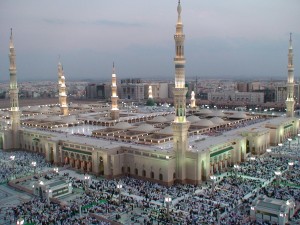 Salah is one of the prime pillars of Islam, it’s also mandatory upon all Muslims to perform five times a day. It is an obligatory for Muslim to offer namaz regularly.

Salat brings all Muslims because at the time of Salah all stand united in the court of ALLAH Almighty. There are so many people, who commit few mistakes because of not having the complete knowledge. In this article we are going to highlight those mistakes that a Muslim must avoid while performing Salah.

One of the major mistakes that a Muslim do is intentionally delaying in performing Namaz. Although Muslim has enough time to perform salah even when he or she is busy but there are some other people who intentionally delay in offering salah and some times it also happens that the prayer gets missed by them.

Another thing that Muslims usually do while praying is the fast recitation of Surah of Quran, a Muslim should recite Quran slowly with correct recitation and pauses.

Another common mistake that is observed among few of the Muslims while offering namaz is getting quick then the Imam in the congregational prayer. In congregational prayer, the people during performing namaz have to follow the Imam and every gesture of Salah as Imam does. There are few people who in a hurry for Ruku or Sajadah and they do before the Imam or rise up before the Imam, which is completely not allowed.

One of the biggest mistakes observed in Muslims regarding to offer Salah is quickly performing the salah. Salah is like standing in the court of ALLAH.

Therefore, Muslim while offering salah must ensure that he or she performs each and every step of namaz with accurate posture and in the right manner and form.

Gazing sideways is a mistake that is generally observed among Muslim. In order to concentrate completely in the salah, a Muslim ought to keep the gaze down.

Muslims commits a common mistake by not giving attention to what they eat before offering salah, especially in case of offering prayer with congregation.

Translation: “He who eats from the smelly plant (garlic or onion), let him come not near our mosque: the angels are bothered by that which bothers men.”

Therefore, before going for prayer, a Muslim must avoid eating such foods that have bad odour. These are few of the major mistakes that people do while performing Salah.

In the whole, the above mentioned are some of the major mistakes which Muslims commit while offering prayer because of lack of awareness about praying in right way.

← VIRTUES OF PERFORMING SALAH OR NAMAZ
HAQOOQ-UL-IBAAD, DUTY AND RESPONSIBILITY TOWARD MANKIND →