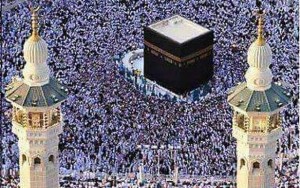 Holy Quran is the heavenly source of guidance sent for the benefit of allhumanity. It carries commands and instructions about each and every aspect of life and by reciting Holy Quran a person can find the right way to follow in every walk of life. In addition to this, the one thing that a person absolutely understands by learning Holy Quran is the emphasis that Islam puts on namaz or prayer.

Namaz is one of the most emphasized upon elements in Holy Quran and ALLAH Almighty has time and again stressed upon Muslims to perform their namaz or prayer on a regular basis. Furthermore, there are abundant hadith of Prophet (PBUH) that signify and show the importance of namaz.  Hence, as soon as a Muslim child becomes sane and sensible parents should teach them how to offer namaz. In Islam, namaz is the second pillar of the religion and also one of the major obligations upon all Muslims. A Muslim has to perform five prayers everyday on the given and prescribed times. The first is Fajr namaz, then Zuhr, Asr, Maghrib and finally Isha namaz.

The significance of the prayer (namaz) in Islam cannot be understated.  It is the pillar of Islam that the Prophet (PBUH), mentioned after mentioning the Testimony of Imaan (Faith), by which a person becomes a Muslim.  It was made mandatory upon all the prophets and for all humans.  ALLAH has declared its obligatory or mandatory status under majestic situation.

“And I have chosen you, so listen to that which is inspired to you.  Verily, I am ALLAH! There is none worthy of worship but I, so worship Me and offer prayer perfectly for My remembrance.”

In the same way, the prayers were made obligatory upon the Prophet Muhammad (PBUH) during his ascension to heaven.  Furthermore, when ALLAH praises the believers, such as in the start of the chapter entitled ‘al-Mouminoon’ (the Believers), one of the first and basic descriptions ALLAH states is their adherence to the namaz (prayers).

Recite, [O Muhammad], what has been revealed to you of the Book and establish prayer. Indeed, prayer prohibits immorality and wrongdoing, and the remembrance of ALLAH is greater. And ALLAH knows that which you do.

← CITY MAKKAH, THE MOST SACRED PLACE ON EARTH
General Mistakes that should be avoided in offering namaz →