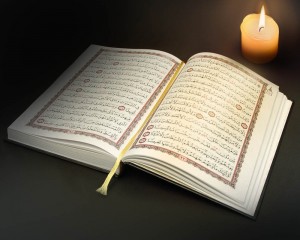 Before discussing the miracle aspects of Holy Quran, it is very important that a person understands the reality that the mention of these miracles is just to present a case to the ones who are previously Muslim and who are move towards Holy Quran learning. Those who aren’t Muslims and have determined not to believe in it, for them these will not be anything as they have clogged their senses with forgetfulness and don’t want to see the reality. For such people, ALLAH Almighty says in Holy Quran:

“And even if We had sent down unto them angels, and the dead had spoken to them, and We had gathered all things before their very eyes, even then they would not have believed, unless ALLAH willed, but most of them are ignorant!

From this verse it is clear that those who do not desire to believe, for them even the greatest and supreme of miracles would be just a trick, and they will not trust in the reality. Hence, those who are inclined towards getting the knowledge the fact with objectivity, they will find the under mentioned miracles as accurate to the core.

In Holy Quran, each and every word is based on reality and there is nothing but the fact in Holy Quran. It is the word of ALLAH Almighty; hence, it is a part of Muslim faith that there can be nothing fake or based on lie in it. In Holy Quran,

ALLAH Almighty puts this claim to challenge by saying:

“And if you are in doubt as to what We have sent down to Our servant, then produce a surah similar to it, if you are truthful. But if you do not do it and of a surety you cannot do it then fear the Fire whose fuel is of men and stones, prepared for the disbelievers.”

Another amazing aspect of Holy Quran is that it is the most genuine nature of it which is an open challenge to all those who doubt its genuineness. When Prophet Muhammad (PBUH) recited Holy Quran to the non-believers; they rejected it by saying it somewhat magic or something that is created by Him. To such people ALLAH Almighty says in Quran:

Or do they say [about the Prophet], “He invented it?” Say, “Then bring forth a surah like it and call upon [for assistance] whomever you can besides ALLAH, if you should be truthful.”

This verse gives a clear challenge to all those people who have any kind of doubt the authenticity of Holy Quran and think of it as something fabricated and forged by Prophet Muhammad (PBUH) and it not being the word of ALLAH Almighty. Hence, Holy Quran from that day to present and till the ending of days will stand as an open challenge for all those people who doubt it.

Cheapumrahpackages.org is one of the authorized Hajj and Umrah travel agent based in UK offers a range of Low-Cost 2016 Ramadan Umrah Packages from UK.