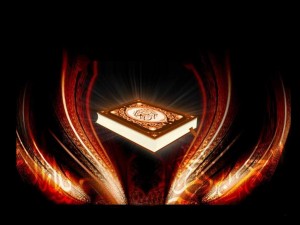 ALLAH has told us that Shatan is the enemy of human and that we are constantly in the state of war with him,

Another verse 35:6;
“Verily Satan is an enemy to you: so treat him as an enemy. He only invites his adherents, that they may become companions of the Blazing Fire.”

We also reflect on the great sacrifices and trials, Hazrat Ibraahem (AS) had to undergo such as offering his son Hazrat Ismaael (AS) that he had to wait for his birth for many years. In His happiness and joy for becoming a father, ALLAH ordered Hazrat Ibraheem (AS) to offer or sacrifice the most valuable thing he had; for

Hazrat Ismaeel (AS) at that time. Hazrat Ibraheem (AS) and Hazrat Ismaeel (AS) did not fail in that very difficult task and test and earned the pleasure of ALLAH.
The most important and fact based thing is that we should keep in our minds is that ALLAH knows each and everything better than us, even sometimes we think that a certain act is not clear to us or does not make a any sense to us than why do we have to perform this but of course ALLAH orders only whatever is good for us and for all mankind. We should accept by heart and submit to ALLAH.
For honouring this, the pilgrim should think and focus whether he or she is ready to sacrifice the dearest thing he or she has by heart for the sake of ALLAH. Our religion Islam cannot survive in the hearts of people without devotion, sacrifices, sincere love, dedication and commitment.

Cheapumrahpackages.org  is one of the authorized umrah tour operators in UK offers 2016 Cheap Umrah Packages UK

← HAQOOQ-UL-IBAAD, DUTY AND RESPONSIBILITY TOWARD MANKIND
JEALOUSY, ENVY, ARROGANCE AND PROUDNESS ARE NOT ACCEPTABLE IN ISLAM →